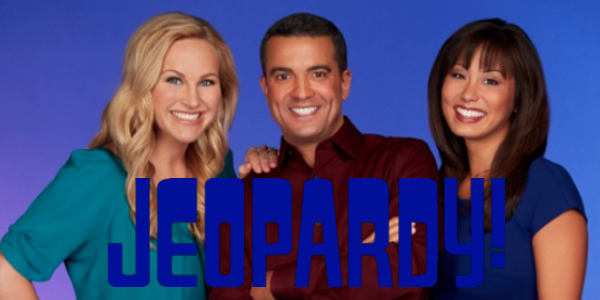 I have long been convinced that Daniel Vaughn has the best job ever. (Well not that long, considering his position is barely a year old.) The man has two requirements: eat barbecue, write about it. That’s it. He doesn’t have to drudge through boring meetings or dress up in fancy clothes every morning. He eats barbecue, he writes about it and repeats the cycle throughout the year. It just may be the perfect occupation.

Yet, flying under the radar in the race for most desirable profession is that of the title of Jeopardy! Clue Crew member. For years, I thought they stationed the enthusiastic clue crew members in front of green screens while they mimicked the awe one would be struck by at Mount Rushmore or the Pyramids of Giza. It didn’t seem possible that traveling around the world and reading Jeopardy! clues could be an actual, full-time gig. So I decided to get in contact with Jimmy McGuire (pictured above), who has been a clue crew member since the group’s inception in 2001. Like myself, he’s a Pittsburgh native and Ohio University graduate. But unlike myself, he has traveled to all 50 states and more than 40 countries spreading the Gospel of Trebek. Traveling the world, reading clues, being a domestic ambassador for the game show – these are some of Jimmy McGuire’s job requirements and I will never cease to be jealous of them.

We talked about the inner workings of Jeopardy!, how the hell he got this position, what his role really is and what he calls Alex Trebek. (Hint: it’s great.) I was looking to find out some grimy details about Jeopardy!, that his job really isn’t as fun as it seems. Turns out, it’s even better. Look out, Vaughn. You’ve got some competition.

This entry was posted in TELEVISION and tagged best job ever, clue crew, Double A podcast, jeopardy, Jeopardy!: Behind the Music, jimmy mcguire, podcast. Bookmark the permalink.